“Il Tremarino” is an old farmhouse, recently renovated, in the Versilian countryside, a few kilometeres away from the sea and the Apuan Alps. The house takes its name from “tremarino”, which in dialect means rosemary, a typical plant of Tuscan gardens and countryside and used in many dishes. This name has been chosen to highlight the connection between our farmhouse and an old fashioned, relaxed lifestyle and the country traditions that take us back to a leisurely pace of life though still characterized by comfort and functionality. The layout of “Il Tremarino” resembles that of a hamlet with a small central square; it is divided into 4 buildings which in turn are divided into 8 independent flats each of which has the name of a traditional aromatic and ornamental plant: Nepitella, Genzianella, Camomilla, Fiorancio, Campanella, Lavanda, Ginestra and il Fienile. A communal swimming pool with umbrellas, chairs, sunbeds and a big gazebo with tables and chairs will allow you to spend quiet, peaceful days.

Go to the photo and video gallery

“Il Tremarino” has a swimming pool surrounded by comfortable sun beds, umbrellas and deck chairs where you will be able to spend pleasant summer days. If you prefer to be in the shade, by the pool you'll find a gazebo with table and chairs, changing rooms and a toilet. In front of the house there is an unattended, enclosed car park. 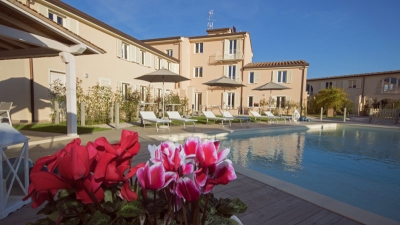 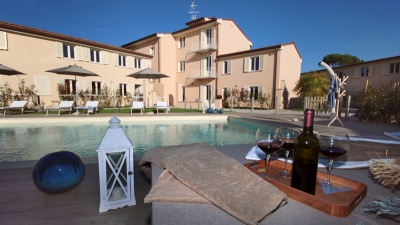 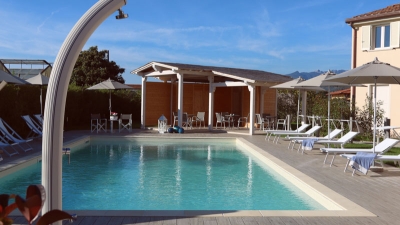 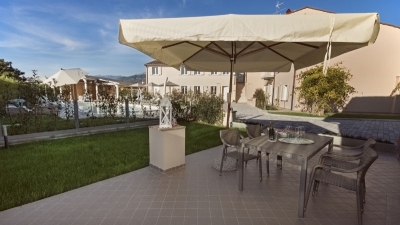 Go to the photo gallery

Each flat is decorated in a different colour and they all have: wi fi, air conditioning, satellite tv with Italian and foreign channels, a kitchen with an induction hob, a dishwasher, an oven/microwave, a bathroom with shower, an independent entrance, an outdoor private space with table and chairs, double and single beds. The single rooms can sleep an adult and a child up to 12. 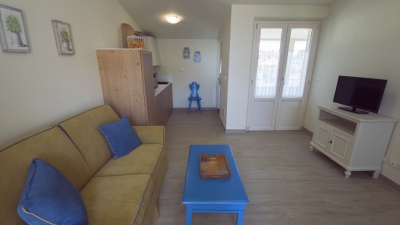 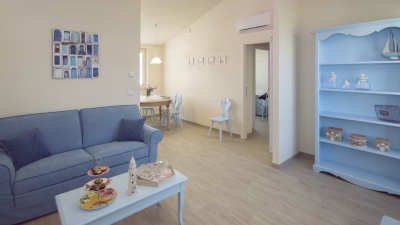 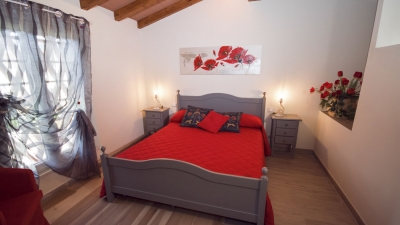 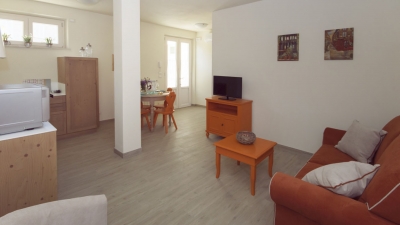 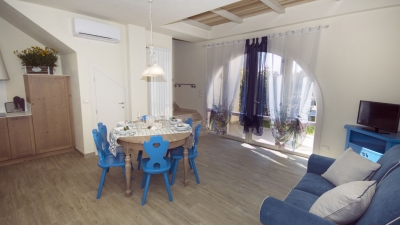 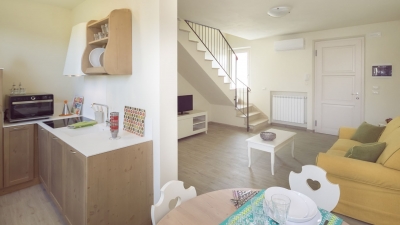 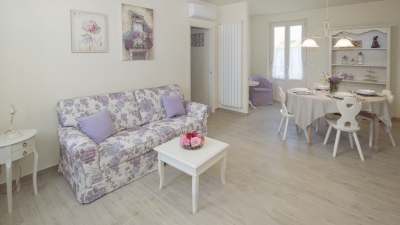 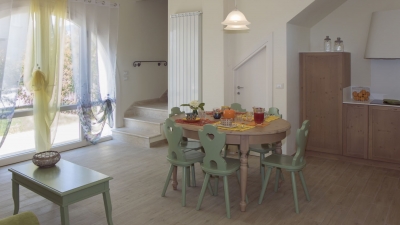 See the details of the flats

ot far from Camaiore, Viareggio, Pietrasanta and Forte dei Marmi, “Il Tremarino” is ideally located in the centre of Versilia, in Capezzano Pianore, 4 km from the fully equipped Versilian beaches and a few km away from the paths of the Apuan Alps.

It is the perfect choice for those who want to relax on the beach but also for those who want to explore the inland with its historical hamlets such as Monteggiori, Santa Lucia, Greppolungo and many others. “Il Tremarino” could also become the starting point for longer excursuions to Lucca, Pisa and Garfagnana, famous places in the Tuscan hinterland or to visit Porto Venere and the Cinque Terre along the coast. 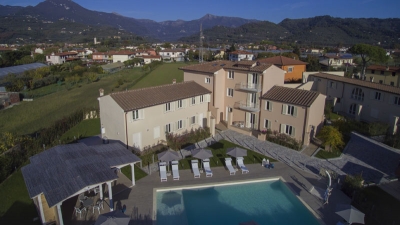 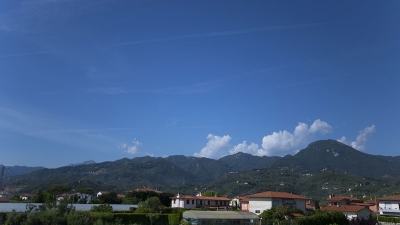